How focusing on productivity backfired on me 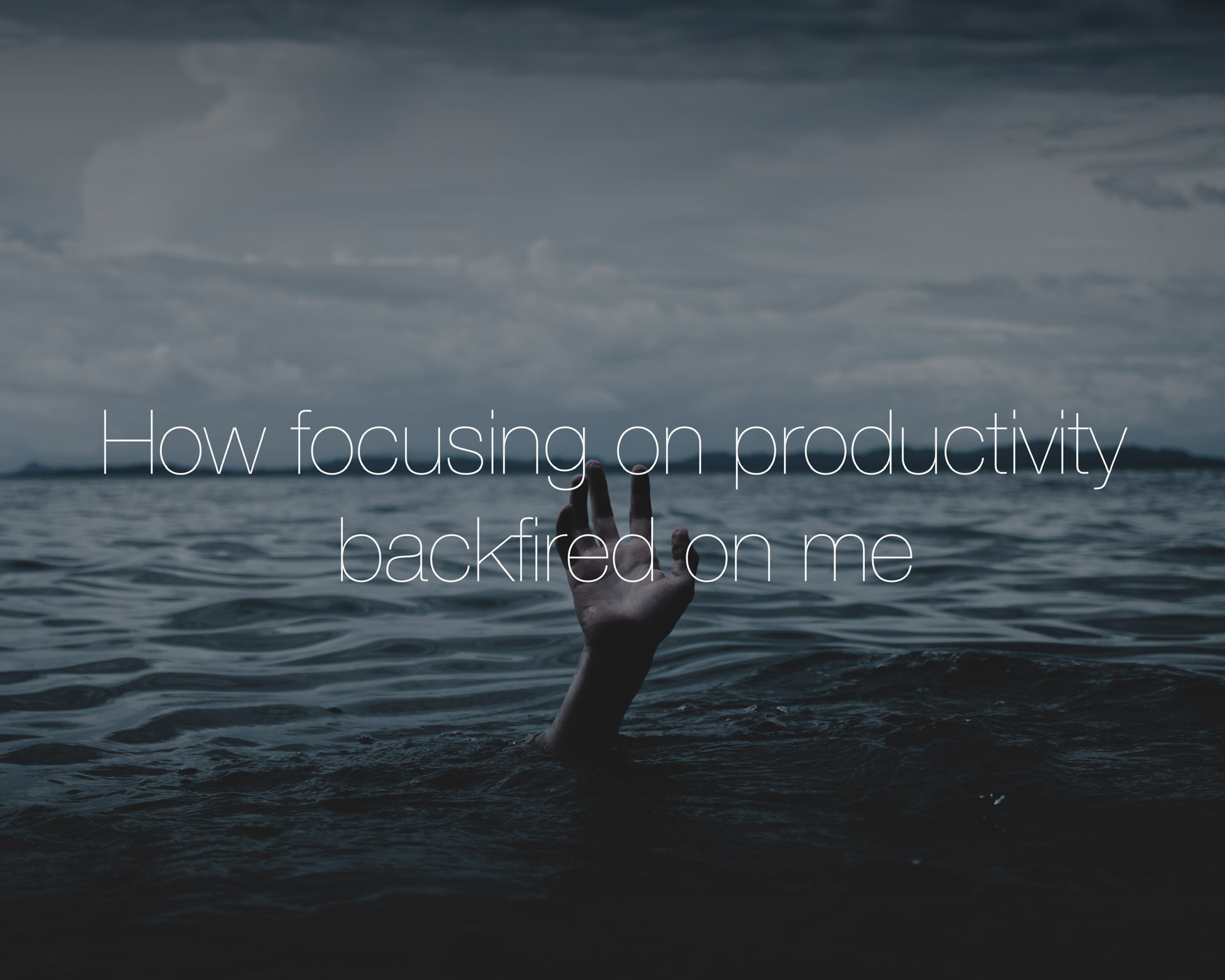 Few weeks ago, I decided that it was finally time. It’s time to make a move and start with something big, something I’ve been considering for quite a long time. I made the decision to begin working on Mockup 3.0.

Ever since I first launched Mockup I’ve been collecting feedback and getting ideas for new features. I have a long list of them actually. And I chose a few to include in each update. However, some features necessitate significant changes and a redesign of major parts of the app.

I kept putting them off until the right time came. I knew it wasn’t going to be easy. It’s a lengthy process that will take time, most likely longer than it took me to release the first version. So I shifted my mindset to full productivity mode and went all in on this update.

I planned the update, assigned tasks, and began working on them one after another. I wanted to be productive and completely focused. As a result, I eliminated the majority of the distractions: I closed my door, put my noise-cancelling headphones, and blocked all notifications. I just sat there, coding new functionalities, making new design choices, and experimenting with different implementations. In just a few days, I made tremendous progress.

And I kept going like that. Every day, I wake up, make my coffee, and pick-up where I left off. I even limited my breakfast and lunch hours. The results were coming in quickly which got me excited to keep going and adding all the new stuff. And without me noticing, my lifestyle was changing; for the worse.

Having nothing else to do but code all day backfired. I only took one rest day a week, where I didn’t even rest. On the “rest” days I did some work in the morning and had long drives during the day. And, with no time to relax, I was exhausted, my mind racing with all the problems I couldn’t solve.

That had an impact on my sleep routine, and consequently, my morning routine. I slept in, skipped exercise, and jumped out of bed straight to my desk. My output eventually dwindled, and my productivity dropped. I was exhausted. I felt tired and worn-out. And during work, I found myself seeking distractions rather than blocking them. The good part? I became aware of it. And I knew that trying harder would be the worst thing to do.

So I took a step back, re-considered the big picture. And here I am, attempting to get back on the right track. I’m writing this post for anyone like me and mostly for myself. I don’t regret how I approached and handled the whole situation, but I’m hoping to learn something from it and use it as a reminder that lifestyle and health should always come first. Why put in the effort if it doesn’t result in a better way of life?