One year of Mockup: The Highs, the Lows, and the In-Between 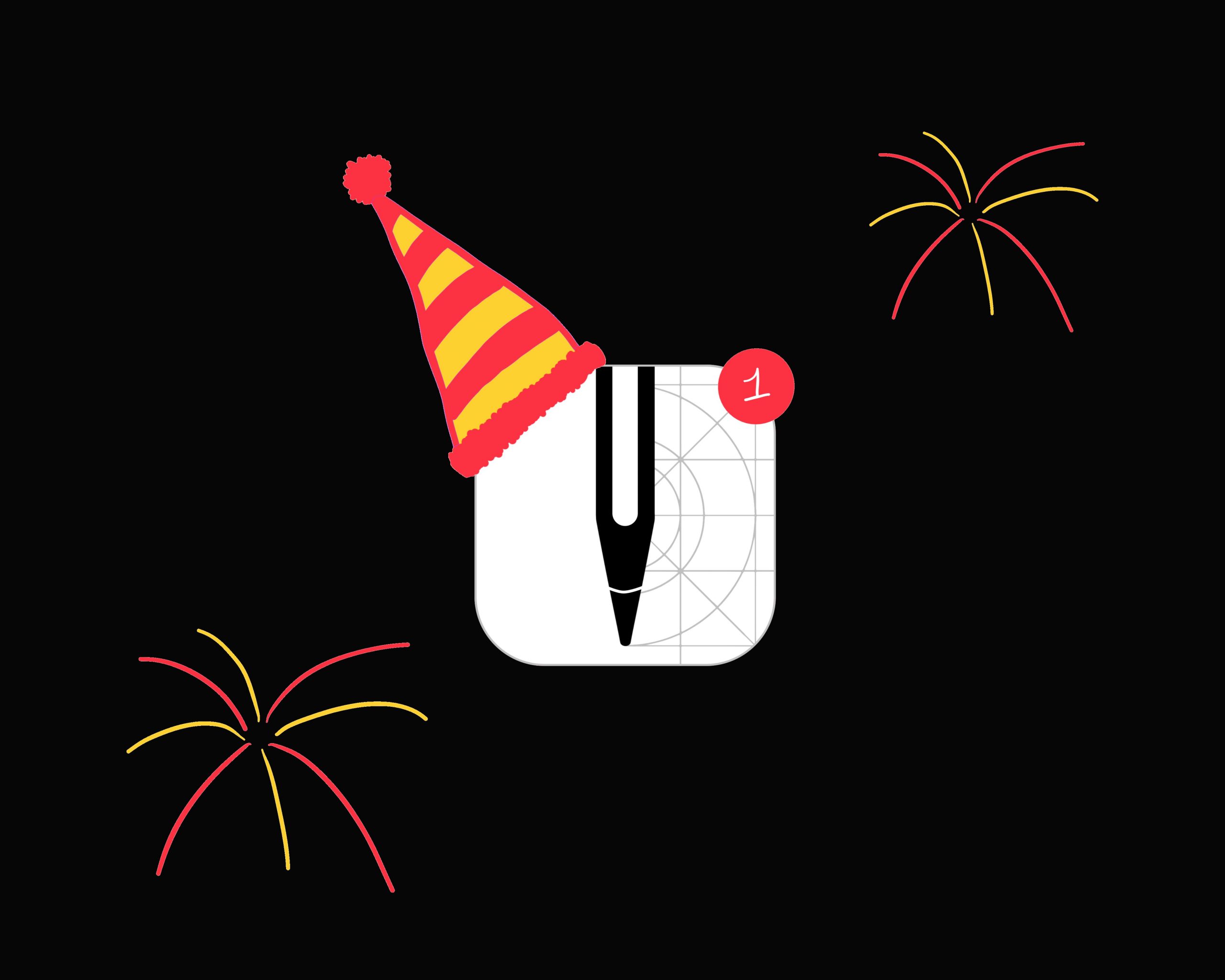 Today is the day! It’s Mockup‘s one year anniversary. I can’t believe its been a year already. A year since I released the first version of an app that changed my life! I can vividly recall the joy -and stress- I felt when my tweet about Mockup went viral (for me).

I never knew what I was going for or what I was aiming at. I thought it’ll be just another app added to my portfolio. The first version was so simple, basic with nothing special and quite unremarkable except for the idea. It had no fancy options, nor magical unique features. I could describe it as a simple drawing app with a background template that can expand. That was it. It even crashed when deleting the only project it had. What a way to make a first impression!

What a journey! The app evolved and progressed in a way none of my other apps did. Normally, I would start with a complete visual of the app I’m developing and its buildup from the start. As a result, most of the updates after the first release are minor. Mockup, on the other hand, had a completely different story..

The feedback I received helped me shape the app’s future direction and determine its course. Actually, the biggest advantage of building an app targeting UI/UX designers is getting free feedback from professionals! I didn’t just know what worked and what didn’t. I knew what was missing and had suggestions and ideas on how to fix and implement them.

Building it, piece by piece, update after update, and it immediately became a superb tool for drawing UI/UX designs on iPad devices. It provides powerful features specifically designated to make this process easier, faster, and enjoyable. From having 35+ templates to quick actions and reusable elements, the app had it’s unique side that set it apart and recognized it from any other solution.

The process wasn’t easy nor plain sailing. There were many things I was doing for the first time. I had to learn new frameworks and technologies in order to implement all of the features and accomplish all of the functionalities. Also had to conduct extensive research and experimentation. I had a pile of challenging problems that I couldn’t find a solution for anywhere. As a result, I came up with them all by myself. Of course, as a developer, this is not something new. It’s part of the process. I am well aware of that. The problems, however, were on a whole other level this time.. I never felt that challenged before. Some problems literally took me months to solve and address..

And such a journey can’t be without mistakes or free of mishaps and failure. I did many, and learned from them.

The first thing I learned was to take things slowly and not rush things. It’s hard to be patient when you’re ambitious. But my lack of patience caused me to ship half-baked updates with many bugs and several flaws along. And in such scenario I have to push another bug-fix update asap. Things get worse when the bug-fix update is also half-baked…

Another thing was the lack of long-term planning. But, as I previously stated, I had no idea how the app would develop and flourish. And as I was implementing more features and making changes, I realized that core stuff at app’s foundation should be changed. And this happened twice. It’s a complicated and scary scenario. I have to maintain compatibility, provide ways for migration, and make sure that users can migrate smoothly.

Moreover, things don’t work the same everywhere. If an implementation works well on my devices, and even most users’ devices, it may have problems on others. I stumbled with frameworks that seemed easy to implement and use. But I didn’t have a full understanding and this caused problems to a small percentage of users. I had to research again and get into the details. Until I understood what’s going on on their device and I could fix my implementation.

The list goes on and on. The most decisive element, though, is how I reacted. Even though I was frustrated at times, I never gave up. I never stopped. I persisted in attempting and kept trying, researching, and applying fixes. I learned from my mistakes and knew how to prevent them the next times.

As the app evolved, the work and responsibilities kept growing too. Until I couldn’t handle everything on my own. I needed help especially for providing customer support via our dedicated email, the community website, and our social media accounts on Instagram and Twitter. And now I started building a team around to help with the different tasks.

The app is still growing. There is a long list of ideas, features, and suggestions that’ll push the app even further. I keep thinking of how it’ll be after I make all the additions and improvements planned.

Try to stay patient with the process; the development process. Try to not make the same mistakes again. That will lead to continue the mission building the perfect solution for sketching UI/UX designs on iPad devices.