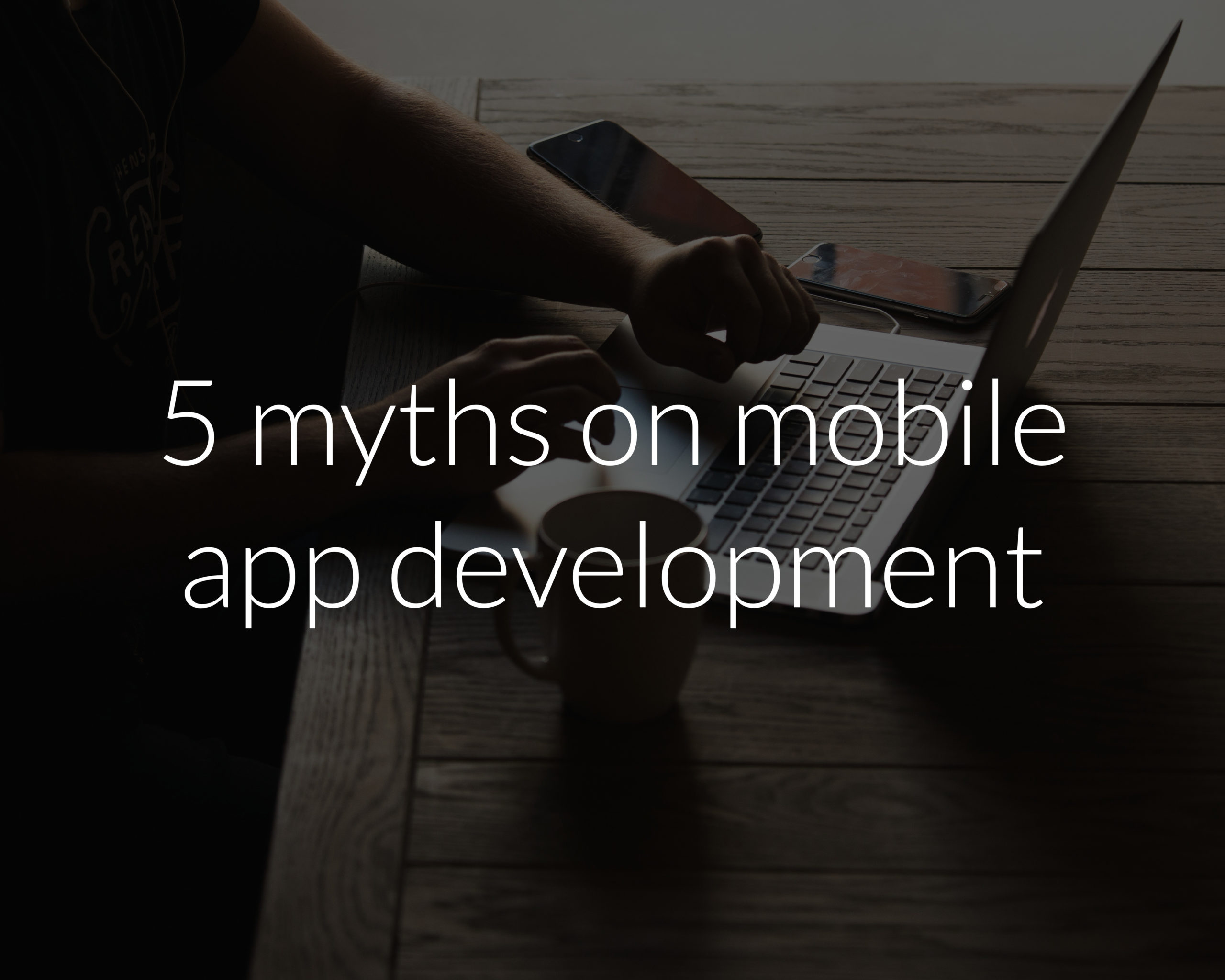 I often face a lot of myths on mobile app development from people around me and all over the internet. These myths are widely believed and spread, leading to false expectations for new developers entering the field. It’s important to be aware of the myths concerning app development.

If you think you have a unique idea that’s going to change the world, you’re probably wrong. Other people on the opposite side of the world have likely thought of it too… or even applied it. Many people think they have great ideas, and they try to keep it a secret and always afraid of someone “stealing” it from them.

But what these people don’t know is that ideas by themselves have no value. It’s all about the execution. How you apply your idea and turn it into a final product is what defines its success. The most popular products we use today weren’t new.

For example, before Facebook there was Myspace. The way Facebook worked on its idea is the reason behind its success and led to winning over other competitors. This example applies to other products too.

So forget about how to protect your idea and find a way to execute it successfully instead.

This myth is widely spread. Adding more features to your app doesn’t mean it’s going to succeed. What’s worse is that many people think copying a great app and stacking some additional features will lead to huge success and take over the market.

Unfortunately, this doesn’t work. Users choose an app because it fits their needs, because they need it. Additional features may be nice to have, but they won’t convince the users to do the switch.

Also, adding more features increases the cost of app development. You can see the how number of features affects the total cost using a tool like App Development Cost.

Instead of focusing on additional features, focus on improving the core feature. Find a better way to do the job, make it faster and easier.

3. App development is about coding

App development is much more than writing code. Knowing how to code is a must but not enough. App development requires some skills in different fields such as design and marketing.

An app developer should know how to design his app, even if he’s working with a designer. Basic knowledge of UI and UX design is important to make a successful app that users can actually use.

Also, one should know how to market the app and analyze the results and feedback. The process of app development doesn’t end after shipping the app. It actually starts there. Marketing skills help to gain users. Business skills are needed to make revenue. Analyzing the feedback helps in improving the app and keeping it updated fitting the user’s needs.

You can read my article on how to become a mobile app developer, where I write in detail about the required skills.

4. Build it and users will come.

No, they won’t! There exist millions of apps on Google Play and the App Store. If users come by your app and download it you’re so lucky.

About a decade ago when app stores were new, users had curiosity and excitement to try new apps. They spent hours discovering new apps and trying them. There was a high chance of getting downloads for any new app.

But now, users are bored and they don’t find it exciting anymore. They only download apps they need or enjoy. Users now search for their app or get it through a link directly. The chances are very low to release an app and be discovered by itself.

Marketing, promotions, and app store optimization can always help to get users.

5. Asking family and friends for validation

If you ask your family and friends about your app idea they will probably encourage you to build it, but then you’ll be shocked that they aren’t using it! Getting validation from family and friends is misleading. It’s okay to ask for their opinion but don’t solely depend on it. They aren’t your target market. Their needs are different.

In fact, you can only take feedback from users who already tried your app. Moreover, for true feedback, you should seek the users who paid for it. These are the true users who have the best feedback. From my experience, some users of the free version just put some random reviews that are not related to anything in my apps with a low rating. So ignore the wrong and misleading comments and focus on constructive feedback.

Sign up to get short weekly emails on app development, ui design, & more.

Get my stickers packs