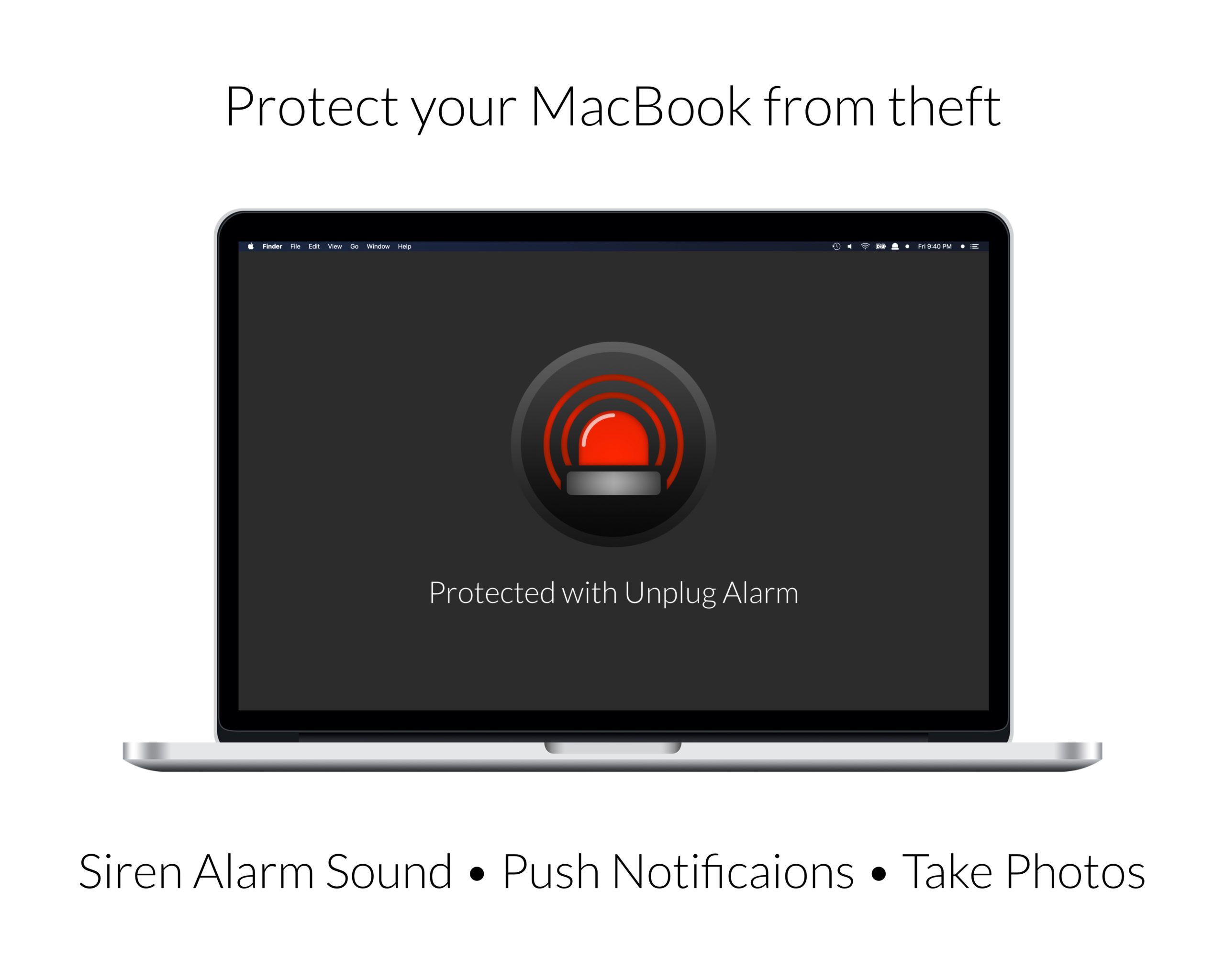 Unplug Alarm 1.3 is now available on the App Store. I’ve been working on this update to bring the most wanted features. So thanks for your feedback!

The app can now take photos when someone unplugs the device from power.
You can enable or disable this feature from the app’s menu.
When enabled, activating the app prepares the camera in your MacBook, and when the device is unplugged, the app takes a photo immediately and sends it in a push notification to the iOS client app.
On the client app, you can tap on the notification to display the image in the app, and you have the option to save it.

I received a lot of emails and reviews asking for playing an alarm sound on closing the screen. I was facing technical issues with this feature until I contacted William Gustafson, the developer of Amphetamine app. He offered a solution based on Phil Dennis-Jordan‘s StackOverflow answer. With their help, Unplug Alarm can play a siren sound even with the screen closed.

Also, in this update, I added a start screen to offer some help at the first run of the app in addition to the option to show an overlay warning screen when activated.

Sign up to get short weekly emails on app development, ui design, & more.

Get my stickers packs